Laura Finch on January 6, 2020
Laura is a yoga teacher who completed 200 hours of training. 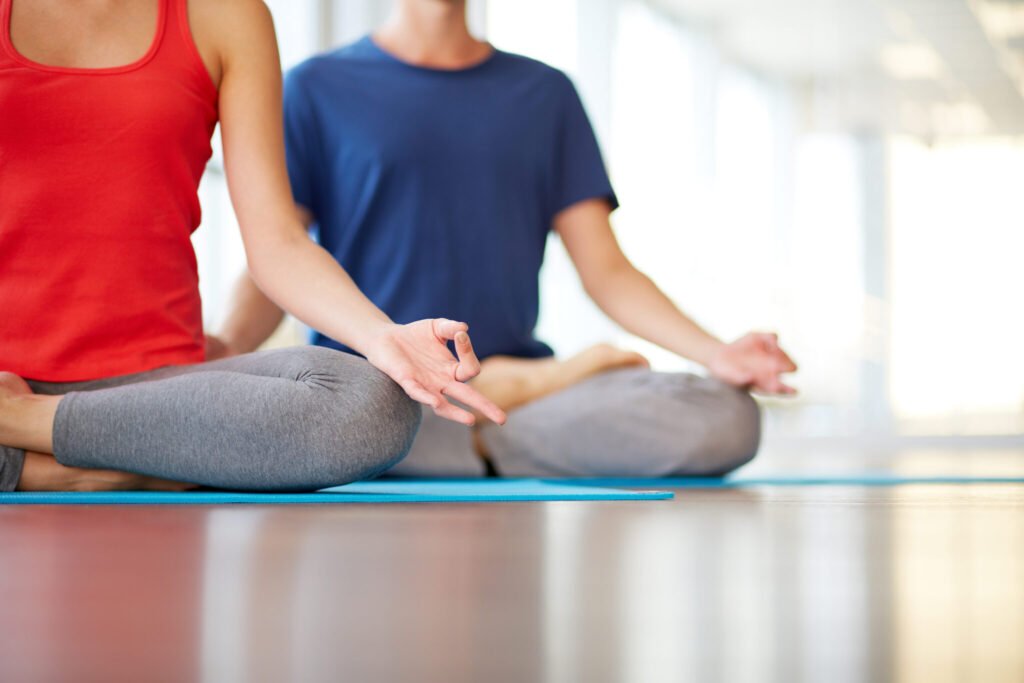 Yoga is popular like never before. It is estimated that nearly 80 million Americans are likely to try yoga the next year. This comes as no surprise given the numerous evidence-based health benefits of yoga.

At the same time, there are still folks who are hesitant to give yoga a chance to win their hearts due to numerous misconceptions and falsehoods surrounding the ancient practice.

Here are the 6 myths which you should finally stop believing.

Yoga Is Just About Stretching

There are so many yoga styles that generalizing the whole practice to the action of ‘stretching’ is so far from the truth. Some types such as Yin Yoga do focus on stretching more, however, there’s much more hiding behind the image you see.

Yoga unifies your mind and body, teaches you to observe your inner sensations and emotions, and requires you to control your breathing. It can be tough mind work, even though it doesn’t look like that sometimes.

Yoga welcomes everyone to make them happier, healthier, and stronger.

Thanks to a variety of styles, you can make your yoga routine as physically challenging as you want. Check out Vinyasa or Bikram yoga for intense and fast-changing asanas that, if practiced regularly, can help you lose weight and build strength. You can even modify traditional Hatha yoga postures according to your level of fitness. Holding yoga props over your head, such as a heavy wooden or cork yoga block, can help add elements of strength training and turn an easy pose into an advanced one.

Yoga Is Only For Flexible, Skinny & Young People

Admiring the Instagram images of super flexible and attractive young women tying their bodies in a knot? Sorry to break it to you, but that’s not how the majority of yogis look like. We are all extremely different. Some are skinny but can’t touch their toes or do backbends. Others are plus size and can easily jump into splits. Some have grandchildren but still nail a headstand.

What unites all of us is the love and commitment to yoga.

Yoga has no requirements, whereas flexibility, weight loss, or the slower rate of aging are only bonus byproducts of the practice. Yoga welcomes everyone to make them happier, healthier, and stronger.

The number of male practitioners is steadily growing but still remains surprisingly low. According to the latest Yoga Journey statistics, only 28% of yogis are male. While spreading across the US, yoga was popularized as a solely women’s sport even though initially, yoga was practiced only by men. Take a course in India, and you will be surprised to see that most of the yoga teachers are still male.

You can bench press hundreds of kilos in the gym, but when you roll out your mat, most probably yoga will kick your ass. And if you think that Colin Farrell or Woody Harrelson, who don’t miss their yoga sessions, are not manly enough, then who is?

You Need To Change Your Lifestyle To Do Yoga

Tell people that you’re a yogi, and they will automatically assume that you’re vegan at best, and a hippie-like weirdo at worst. No surprises that these associations may make you feel reluctant to take up yoga classes and to postpone them until you stop smoking, drinking alcohol, eating meat, swearing...

And you know what, for most of the people this moment never comes. If only someone told them that you don’t have to change yourself or break your habits to dive into yoga practice.

The best thing about yoga is that it meets you wherever you are physically and mentally, and you can progress at your own pace.

It might happen that, after a while, you will feel like changing your lifestyle and eating better. Such as people from this 2018 survey report. 1 820 respondents indicated that yoga motivated them to adhere to healthy habits, such as eating more fruits and vegetables, drink less sugar-based drinks, and engage in physical activities more often.

But these all things are definitely not a requirement, or worse – a prerequisite, to start yoga.

You Can Be Bad At Yoga

Actually, there is no such thing as being bad at yoga. It’s okay if you can’t touch your toes. No need to sweat if you can’t balance on your arms. The best thing about yoga is that it meets you wherever you are physically and mentally, and you can progress at your own pace.

When I started doing yoga, I resembled a tin man rather than a person. Moreover, I had no strength in my arms, and it took me 4 months to get into the simplest arm balancing asana – the Crow Pose (others were jumping into it after a month!). If you find yourself in the same situation, it’s important to forget about your ego. You’re not preparing for a yoga marathon, so what’s the hurry? Practice and time will make breathing easier and unattainable postures possible.

If you’re afraid to take your first class because you’ll look like a fool to other people, don’t worry. Most probably others had felt the same fear as you when they started. 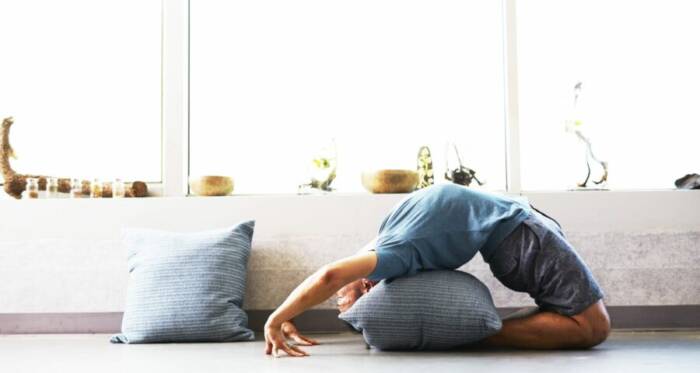 Lots of people view yoga as easy and completely injury-free. But the fact is that just like any physical exercise, yoga postures can both heal and harm.

The most common issues that result from yoga include wrist and neck pain, lower back disc problems, hamstrings discomfort. The injuries mainly stem from the improper practice such as pushing yourself too hard into the pose, especially if you feel your neighbor to the left or right is more flexible or stronger. It is also pretty easy to get injured for beginners who can’t leave their ego behind the door of the yoga studio and who rush into headstands and other advanced postures without proper fitness level and preparation. The sudden spike in yoga popularity also led to the surge in yoga schools and yoga teachers who are not always qualified to run classes.

William J. Broad, the author of the harsh NY Times 2009 article describing how yoga can wreck your body, states most often it is not the people who cause injury, but the practice itself. Yoga postures were created for Indian people who squat and sit cross-legged every day. Whereas most of the practitioners in the US lack the necessary flexibility plus come with a range of other physical issues, all of which leads to self-harm.

It doesn’t mean that you can’t do yoga if you’re rehabilitating from an injury or if you have a chronic condition. What we’re trying to say is that it’s always safer to listen to your body, how it feels in the posture, and practice under the guidance of the professional.

3 comments on “6 Common Myths and Stereotypes About Yoga Debunked”