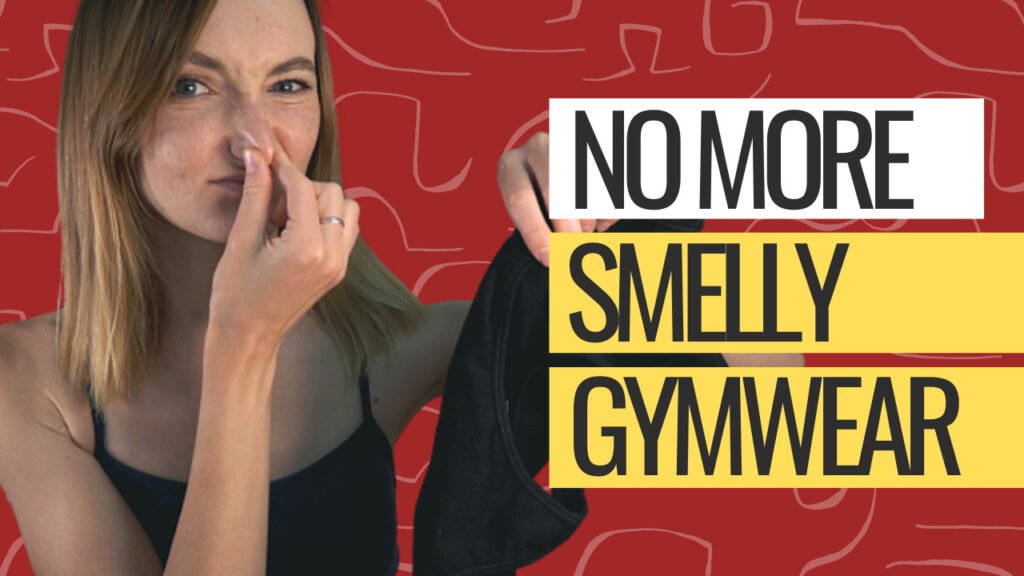 Have you ever put on your just-out-of-the-laundry sports tee to find out it smells like death five minutes into your workout?

Studies have found that high-performance synthetic activewear - the one that works so well in a gym and not so in a washing machine afterward - is a breeding ground for a specific bacteria called Micrococci that creates this notorious sour smell after a single aerobic session.

If you've found that Micrococci bacteria love your sweat so much that it doesn't wash off with normal wash anymore, try these 6 absolutely best tips to get rid of the rank smell and keep your activewear fresh.

I know, I know, this is not the magic advice you were looking for. But prevention is better than cure. The longer your activewear stays dirty, the more pungent the stink.

Plus, you don't really want to deal with mildew on your clothes on top of the smell.

If you don't have a chance to do laundry right away (or you just don't want to), rinse your workout clothes with clean water and air dry them before a deep wash.

When it comes to laundry, synthetic activewear is a bit needier than your average cotton tee.

Here are the top 3 don'ts of cleaning synthetics:

Vinegar is an inexpensive solution that Reddit users swear by. The acidity helps break down the body oils and odor-causing bacteria, leaving your activewear smelling like, well… like vinegar.

So don't forget to machine wash them afterward. If you're short on time, you can also add a cup of vinegar along with your detergent directly into the washer.

Baking soda works great at absorbing foul odors. You can either pre-soak your dirty activewear with a cup of soda or better use a little bit of water to make a baking soda paste and scrub it on the smelly areas (like underarms or crotch).

Let it sit for an hour, rinse, and throw it in the washer.

This is a bit out-of-the-box advice, but it works great for stinky workout clothes for which washing doesn't cut it anymore.

You can either try:

One Reddit user also suggested nuking the clean and dry clothes in the microwave for one minute - this will kill micrococci bacteria that love your sweat so much. I haven't tried this unusual method myself so do it at your own risk.

If your activewear is beyond saving and you're tired of wasting precious time on soaking, prewashing, and rewashing just to end up stinking up your yoga space, I've got good news.

SilverTech activewear from Organic Basics is treated with silver salt called Polygiene. It stops the growth of fungi and bacteria - the ones that make your clothes reek after a hot yoga class.

Here are just some absolutely incredible facts about Polygiene:

I'm not a big sweater, but I work out pretty intensively, and I live in a blazing hot climate.

Polygiene is officially my new love. I can wear Organic Basics SilverTech activewear for several workouts and around the house without even a hint of smell.

Check the video below to learn about my experience with SilverTech activewear from Organic Basics.

I could probably go more than a week, but it just feels weird to me not to wash my clothes for such a long time - definitely something to work on.

It's also probably worth mentioning that I've been using my blue yoga set from Organic Basics for around 7 months and the black one for around 4 months. Both look as good as new, and I believe that less frequent washes really contributed to this.

Get 10% off your Organic Basics essentials with code YOGAKALIOBC5