The Gray Sky of Delhi: 6 Ways to Deal With Pollution

Laura Finch on February 8, 2020
Laura is a yoga teacher who completed 200 hours of training. 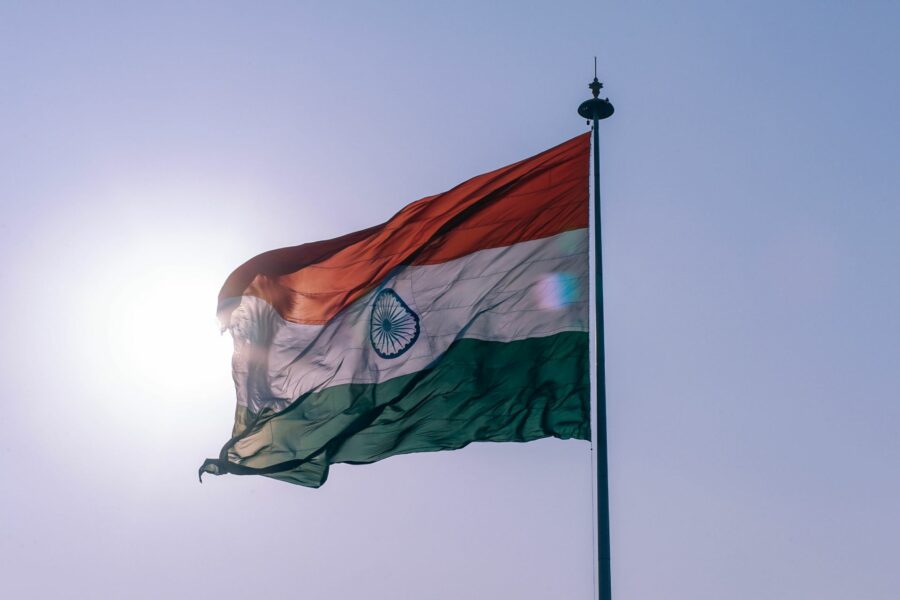 I am on a 7-hour long flight from Kyiv to Delhi, the capital of India. It’s somewhere around 5 a.m., and the plane is preparing to land. As I woke up, I saw tiny flickering lights from the houses below blurred in the haze. At the altitude of around 2500 feet, a weird smell hits my nostrils. It’s a bizarre mixture of smoke and dust as if something is burning outside.

As we landed, it suddenly hit me. This is the smell of India.

India is one of the most polluted countries in the world. In 2015, there were approximately 9 million premature deaths due to air pollution across the globe, and India accounted for 2.51 million of these deaths. The Lancet Commission on pollution and health ranked India as number 1 country in pollution-related deaths.

Among the common air pollutants such as sulfur dioxide (SO2), carbon monoxide (CO), ozone (O3), etc. the Indian capital has them all. But the most insidious and dangerous to human health is the pollutant called particulate matter (PM), which is plainly speaking a mixture of tiny solid and liquid particles, such as acids, metals, chemicals, dust, and gas.

There is a strong connection between PM2.5 (particulate matter with the diameter of less than 2.5 mm) and lung diseases and respiratory problems, cardiovascular diseases, cancer, and premature death. Due to the small size of the particles, they can penetrate your lungs and even bloodstream causing adverse health outcomes. People with lung or heart conditions, elderly people, and children are especially vulnerable.

Last year, the air quality in Delhi reached a ‘hazardous’ level with the air quality index exceeding the World Health Organization’s recommended maximum ten times. United Airlines canceled some of the flights to Delhi due to toxic air, while the Delhi chief minister referred to the Indian capital as the ‘gas chamber.’

A recent study of the impact of air pollution on life quality by the University of Chicago truly shows the scale of the problem. Researchers found that Delhi citizens could live 6 years longer if the country met its national standards of safe limits for PM2.5, and 9 years – if the standards of the World Health Organization were adhered to.

According to Urban Emissions, an analytical and research resource about air pollution in India, most of the PM2.5 pollution is combustion based. It comes from the vehicle emissions, trash and biomass burning, coal combustion for energy production in industries and households. PM10, on the other hand, comes from mechanical processes such as the resuspension of dust due to vehicles movement, at the construction sites or during dust storms.

Following the calculations from Urban Emissions, exhaust fumes from vehicles are responsible for 30% of the PM concentrations in the area of the Greater Delhi. This hardly comes as a surprise to those who have driven on the streets of the city. The number of vehicles in the capital exceeds the total number of vehicles in the three metropolitan cities of Mumbai, Kolkata, and Chennai taken together.

The second source of pollution accounts for 20% of PM concentration and includes seasonal open fires, cooking, heating. And it doesn’t even need to take place in Delhi to impact the capital’s air quality. Much of the pollution comes from the farms in the neighboring states Punjab and Haryana where farmers are burning crop residue to prepare their fields for planting wheat.

There are almost no major industries inside of Delhi. All coal-fired thermal power plants as well as brick kilns are located outside the city. Though, they are still responsible for the 20% of PM concentration.

Streets of Paharganj, a neighborhood of Central Delhi, full of street food stalls

The country’s government hardly seems to take the situation under control. And the Environment Minister gives the impression of not realizing the seriousness of the problem after such statements as “no death certificate has the cause of death as pollution,” while smog is harmful, it “does not kill.” And while the government of India states that the air quality improved in 2018 compared to the previous years and the number of good days have increased, while the bad days decreased, Delhi had zero days of ‘good’ quality air between March and May 2018, according to the reports of the Central Pollution Control Board (CPCB).

‘Sometimes I wonder why I was born in India,’ complains Reyansh (the name was changed to protect the privacy) while sharing Uber Pool with me. In the spring, the Delhi government announced it’s budget for the next fiscal year, which will focus on fighting pollution in the city.

‘Indian government is all about fake promises,’ Reyansh scoffs. He tells me that the situation is not gonna get any better in the future. He happily announces that he’s moving to Alicante in Spain in 10 days in the hope to get there a job and a residence permit. His girlfriend will join him soon flying from Canada.

There are many who escaped or are planning to leave Delhi due to its pollution problems, but this costly option is not for everyone. The others who stay under the gray foggy sky have to deal with the pollution in other ways.

7 Ways To Protect Yourself From Pollution

No matter the reason of your stay in Delhi, be it traveling, business, or permanent relocation, you have to keep in mind that even short-term exposure to polluted air can have a detrimental effect on your health. Here are some safety tips on how to deal with pollution and minimize its adverse impact.

Preferably, make sure to update yourself every time you’re planning to go outside. You can also download an app for your phone or tablet for easy access to the information. The website will show you the index ranging from ‘good’ to ‘hazardous’ and provide with recommendations and cautionary statements. It also features a weekly air quality forecast with the level of PM2.5 and ozone predictions as well as wind speed and expected temperature.

In case the quality of air is poor, limit your time spent outdoors and plan your activities accordingly.

I know, it doesn’t sound or look sexy, but the mask will minimize the amount of toxins you inhale. Make sure to cover your mouth and nose. Even when the air quality is good enough, do wear a mask when taking a rickshaw. The high-traffic roads are always busy and filled with dust and exhaust fumes. If you’re still not convinced, check the short documentary video from The Guardian, where the rickshaw driver had his lungs tested after 12 hours of driving.

In case of taking a taxi (or renting a car), ask the driver to use recycled air feature instead of AC as this will limit the amount of polluted air getting inside of the vehicle.

Apart from harming yourself and putting at threat people around you, you will also be contributing to the air pollution problem. Moreover, sometimes the air quality can be so poor that breathing it is equal to smoking 2 packs of cigarettes a day.

Not that I encourage it, but if you are heavily dependent on nicotine, you can buy smokeless tobacco or snuff anywhere in India and Asia.

Sightseeing around Delhi is fun, but make sure to check the air quality before going outside and wear a protection mask.

One may mistakenly think that if the air is polluted than it’s better to never open the windows and only use AC or fan. Ventilation will reduce moisture levels and ensure that there is healthy air circulation. Check the air quality first and let the air in case its quality is at a ‘healthy’ level.

If you can afford it, rent a room or apartment with inside air purifiers. This will be more costly, but in case you’re planning to stay in the city for a long time, your lungs will thank you for the investment.

Or at off hours.

I try to turn exercise into a regular habit and do some jogging or yoga even when traveling. And I love exercising outdoors. But I’d recommend taking your squats and jumping jacks inside to avoid inhaling polluted air. If you crave for short cardio, start early in the morning or late in the evening. These are usually the least polluted times of the day. Avoid running and exercises near the traffic areas.

Fruits and vegetables that are rich in vitamin C help your body get rid of the toxins and protect it from the damaging effects of air pollution. Include such fruits and veggies like lemons, kiwis, papaya, peas, cauliflower, and cabbage into your diet.

Have you ever visited Delhi?