Why Napping Is Healthy and How to Do It Right

Laura Finch on January 6, 2020
Laura is a yoga teacher who completed 200 hours of training. 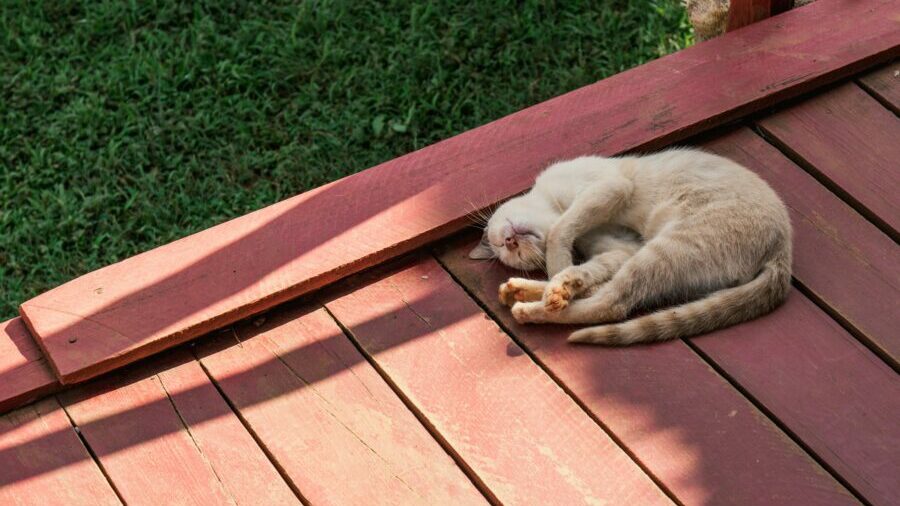 What is more gentle than a wind in summer? … What, but thee Sleep? - wrote the English poet John Keats. Remarkably, though vital to our life, sleep and the midday snooze, in particular, are still associated with laziness. Can you be successful, but still enjoy a brief power nap here and there?

Here is why naps are good for you and how to make the best of your siesta.

John F. Kennedy used to eat lunch in his bed so that he could doze off for an afternoon nap to boost his alertness – every day.

Salvador Dali caught his Zzs in the armchair to get creative ideas. He used to hold a key in his hand and put a plate beneath. When he reached into a deep stage of sleep, the key would fall and clang against the plate thus waking him up.

Eleanor Roosevelt took a nap before public speaking to boost her energy.

A power nap as short as 10 minutes long can improve performance, attention and increase reaction time.

In the 90s, NASA was studying the effects of in-cockpit napping on its employees. They concluded that a 26-minute nap enhanced pilot performance by 34% and lead to a boost in alertness.

Such companies as Google or Uber have long ago embraced the policy of employees napping in the workplace. They have special rooms for snoozing and even furnished their offices with napping pods. A happy employee is a productive employee.

Unplug and “Take It Easy”

Napping is like a mini-vacation. It reduces stress by decreasing cortisol - a hormone which regulates your mood and immune response among other processes.

Memorize (and Mesmerize with Your Knowledge)

A recent study confirms a positive effect of naps on language learning as compared to active/passive rest or interfering activity.

A catnap may save you from a heart attack or stroke by reducing your blood pressure, claim the researchers from Asklepieion Voula General Hospital in Athens. The study involved elderly participants diagnosed with high blood pressure. The results showed that those who caught their Zzs regularly during the day had a 5% lower blood pressure compared to their wakeful counterparts.

A study for the Edinburgh International Science Festival conducted an online survey of 1000 people about their napping habits. Based on the responses, the participants were given a happiness score. Those who took brief naps during the day scored 3.67 on a five-point scale while those who napped for a long time or didn’t nap at all scored 3.44 and 3.52 accordingly.

The recent research didn’t find a significant difference in the mood before and after a nap, but the subjects reported that their mood worsened when deprived of rest.

(Applies to guys only)

Sleep deprivation or sleep disorders result in the drop in testosterone which is produced at night. Testosterone is responsible for libido, muscle gain, vigor and general well-being.

In its study, University of Chicago concluded that healthy young men who were sleep deprived for a week experienced a 10% to 15% drop in testosterone (on average the participants slept for 5 hours).

So if you pulled an all-nighter, a long nap could reverse the hormonal impact of the night you underslept.

Stage 1
Characterized by drowsiness followed by a hypnic jerk – a contraction of muscles which gives a sensation of falling.

Stage 2
Leads to the drop in body temperature. Your heart rate slows down.

Stage 3-4
Deep or slow-wave sleep. This is when sleepwalking or night terrors occur. You might experience sleep drunkenness, confusion and grogginess if you wake up during deep sleep.

Each sleep cycle lasts approximately 90 – 110 minutes. We need to go through 4-5 cycles of sleep to feel refreshed and restful in the morning.

You might feel the temptation to substitute nap with a cup of coffee at the first signs of drowsiness. Experts say that it might not be such a good idea.

When comparing effects of napping and stimulants, such as caffeine, the latter does increase alertness, but the effects last less time and do not transfer to motor learning or memory.

But no fear, coffee lovers! There is evidence that a “stimulant nap” - a quick cup of coffee before a short nap - is better in alleviating sleepiness and boosting performance if compared to the nap alone. You have at least 15-20 minutes before the caffeine kicks in and as a result, wake up feeling the added benefits of sleep and stimulant combined.

8-Hour Sleep is an Urban Myth

Historian Roger Ekirch, following an extensive 16-year-research, claims that a typical 8-hour pattern of sleep which doctors advocate for was introduced during the Industrial Revolution.

Apparently, before the invention of artificial light, people slept in a biphasic pattern, i.e. divided their sleep time into 2 chunks.

They went to bed for 4 hours (which was called the first sleep), woke up for an hour or two, did their chores, such as praying, reading, going to the bathroom and even visiting neighbors and fell asleep for 4 hours more (the second sleep).

This sleeping habit to which we adhered for the most of our evolution might explain why some people experience insomnia during the middle of the night.

Tricks For a Perfect Nap

Circadian rhythm dictates the cycles of sleepiness and alertness. We experience energy slumps twice a day – in the morning, from 2 am to 4 am and in the afternoon, around 1 pm and 3 pm. It happens due to our biology and doesn’t depend on weather conditions (extreme heat, e.g.) or the size of the hamburger you consumed for lunch.

Research suggests that the best time for napping is when the second dip in energy levels occurs - between 1 pm and 3 pm. A nap within this timeframe will give you all the benefits without interfering with your night sleep patterns.

Longer naps such as 30 minutes or more produce sleep inertia, making nap benefits obvious only after a delay.

To calculate the estimated time for your perfect nap consider your wake-up time. If you got up at 7 am, 1 pm is the most beneficial time for a snooze. Whereas if you got up at 9 am – you might want to take a rest at 3 pm.

The time depends on a range of factors, such as an individual need for sleep, usual sleep/wake schedule, the quality of sleep during the preceding night or amount of prior wakefulness, etc.

How Long to Nap

Avoid These Common Mistakes When Taking a Nap

You don't set an alarm

Get to know your body to decide on the exact duration of your nap. Consider other factors, for example, whether you need to stay oriented and focused immediately after the nap. If you do, restrict your snooze to 20 minutes to avoid sleep inertia. Studies show that a longer nap (45 minutes and more) can delay information processing which is similar to not napping at all.

If you need to learn or memorize new information and can afford wasting at least 30 minutes after sleep to get yourself together, opt for a longer nap of 60 or even 90 minutes.

Do not rely on your body clock and control your nap duration with an alarm.

You don't get enough physical activity

The effects of a brief nap won't be visible if you were lying on the couch all day and dozed off by accident. Most probably you will just feel worse after. So go outside and run errands or exercise.

Studies say that short naps and moderate exercise produce not only improvements in sleep and well-being but also improve your memory.

Rest in a horizontal position to release the muscle tension. Choose a dark environment with minimal noise. If you need a 'white noise' background, leave the radio or TV on; or cover yourself with a weighted blanket which might help you fall asleep faster. Make sure the temperature of the room is comfortable.

If you feel tired and drowsy all the time, then you must be a good fit for the career of a professional sleeper .. or you should better consult your doctor.

Differentiating between two types of naps is vital. Planned naps may bring a wide range of benefits whereas reactive naps when you struggle to stay awake may be a warning sign of a chronic health condition or its future development.

A correlation has been found between frequent long naps during the day and type 2 diabetes (high sugar levels make you sleepy and tired), depressed mood, cardiovascular disease, and higher mortality. Participants of the study by the University of Cambridge who were regular daytime nappers had a higher chance of dying over the course of a 13-old study.

Excessive napping might also be a marker of future risk of respiratory disease.

American Nation Sleep Foundation urges that a nap can last too long. And if taken late in the evening, it can have adverse effects on the length and quality of your nocturnal sleep.

A nap during the day which involves stage 3 and 4 may shorten the period of deep sleep during the night to come, researchers say. It might be more difficult to settle down to bed, you will sleep less and worse.

To Nap or Not to Nap

Have you tried different nap length, snoozed at different times of the day and in various positions and still feel groggy and worse than before?

Well, maybe naps are just not for you.

As far back as 1977, researcher Evans categorized people as nappers and non-nappers. Nappers might be naturally predisposed to a midday snooze. A brief rest during the day is restorative for them, can boost alertness and make them feel better. If you can’t fall asleep during the day, wake up too often and are chased continuously by sleep inertia, then you might fall into the category of non-nappers and it might be better for you to enjoy the nocturnal sleep only.

Are you a frequent napper?

Share your tips for getting a perfect nap in the comments!