Yoga For Men, Yoga For Women Or Yoga For Everyone? 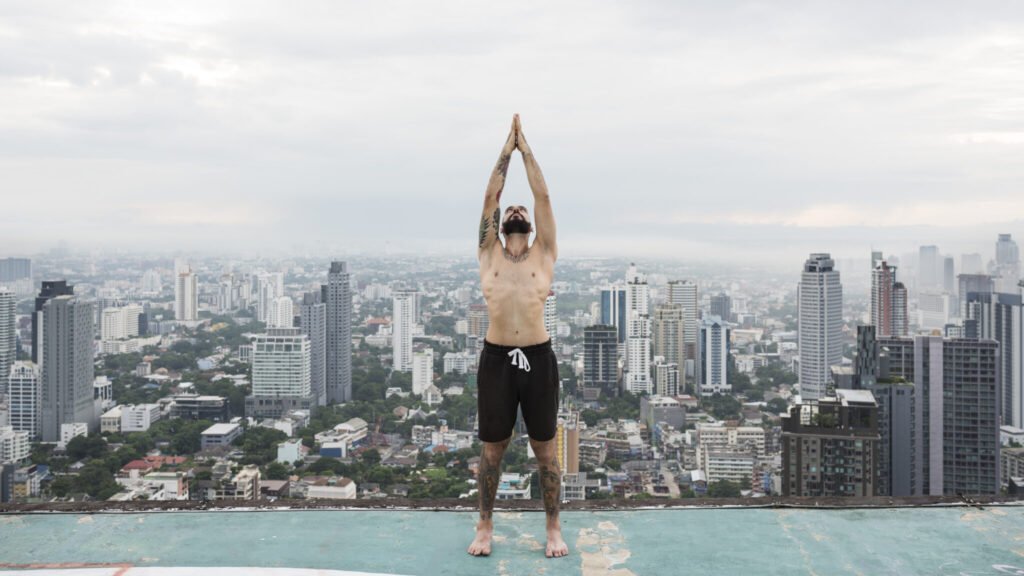 My first class of yoga goes back as far as 2011. Since then, I’ve practiced yoga at home, on my friend’s balcony, my Couchsurfing host’s apartment, in the park, on the beach, in the mountains, in 5 different countries, and changed at least 4 yoga studios. During 7 years, among the people I met united by the love of yoga, less than 20% were men (purely anecdotal data, I know, but that's what my experience was).

I guess that’s approximately the same percentage of girls lifting weights in your local gym.

The Times of 'Broga'

Our society’s vision is still driven by the stereotypical perception that yoga is ‘a women’s sport.’ Guys don’t need stretching and a healthy spine, they need to puff and pant weightlifting and water all the sweat down with a beer later.

Co-founders Robert Sidoti and Adam O’Neill decided to stop the Western-driven mocking of male-yogi and bring the benefit of yoga to more men. Their Broga (‘bro’ + ‘yoga’), the re-branding of yoga classes into a more male-oriented space and training, turned big time.Broga aims to make yoga more approachable to men who feel intimidated by the group of flexible women around and who feel that yoga is too slow and boring. A typical Broga class combines the mobility and breathing practices of yoga with athletic and body-weight exercises.

“You’ll get that pumped-up feeling you get from working out and a deep flexibility and relaxation feeling from ‘working in,’” says Sidoti.

Familiar music is playing in the background, and no Sanskrit terms are used when describing the exercises (not asanas). Many Broga trainers even go as far as offering free beer after the class to get their Broga ideas across to a larger audience (who sometimes come for hops and not yoga). 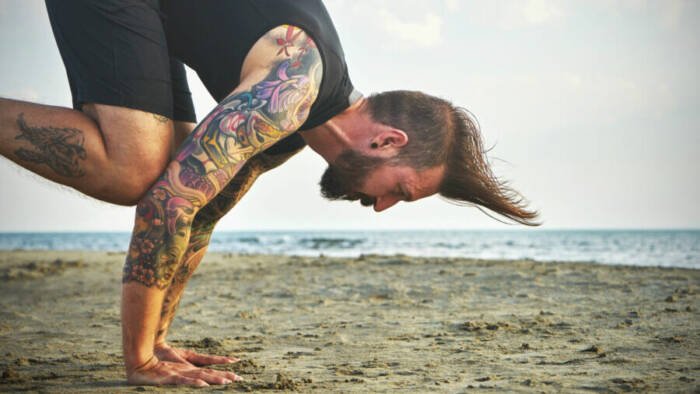 Lack of flexibility and unfamiliar esoteric vocabulary hardly seem to be solid reasons why men opt to exclude yoga from their sports routine. The struggle is real and similar for every female who has never done yoga before.

My first yoga class, for example, was a disaster. People were doing headstands and eagerly jumping with their thighs on the sides of their torso for ‘Bakasana’ when I had no freaking idea how to stop arching my back and keep it straight while pulling my hands up. And if I had found it boring, there wouldn’t be enough beer in the world to keep me going for all these years.

So more men are discovering yoga and get healthier, others earn money (as if yoga wasn’t capitalized on enough) on the ‘bros’ who come for a beer and maybe stay, which is all fine but for one thing. Aren’t we trying too hard? Is this truly the right direction to take in the world where sports segregation based on two genders have long been discussed as unnecessary and discriminatory?

A yoga class should become a place where our gender roles blur and get erased so that everyone could enjoy the benefits of living in the present moment.

The actual reasons seem to hide deep inside. Such as in the fear of not being ready to change your usual way of life, embrace the ‘mindfulness’ of the practice instead of counting your achievements in kilos on your barbel, in the fear of being judged as ‘not manly enough.’

Giving out free beer and putting Radiohead during the class may do the trick and attract the curious. But will they retain them for a long time? I don’t think so.

But shifting our perception towards the practice will.

It’s essential to make men understand that stepping on your yoga mat doesn’t mean that you have to change your lifestyle drastically, quit smoking or drinking, and stop swearing. You as well don’t need any 'preparatory' level of mindfulness before starting. But the most important is to communicate to people that we need to finally remove the concept of gender from sports and allow men and women decide what they want to do without him being judged as ‘too gay’ or her being ‘a butch.’

All our lives we live in a dichotomy. Our gender roles dictate how we should look and behave, what we should do and what clothes to wear. Separating between ‘brogas’ and ‘hoegas’, widening the gender gap and marketing yourself as a cooler upgrade of ancient practice is not a solution.

A yoga class should become a place where our gender roles blur and get erased so that everyone could enjoy the benefits of living in the present moment – the only place where life exists.

What do you think about Broga?

Should yoga for men be encouraged?

One comment on “Yoga For Men, Yoga For Women Or Yoga For Everyone?”

This might be a perfect place to do yoga... ⠀ Be