I Smudged My Home For 30 Days. Here’s What Happened

Laura Finch on January 11, 2020
Laura is a yoga teacher who completed 200 hours of training. 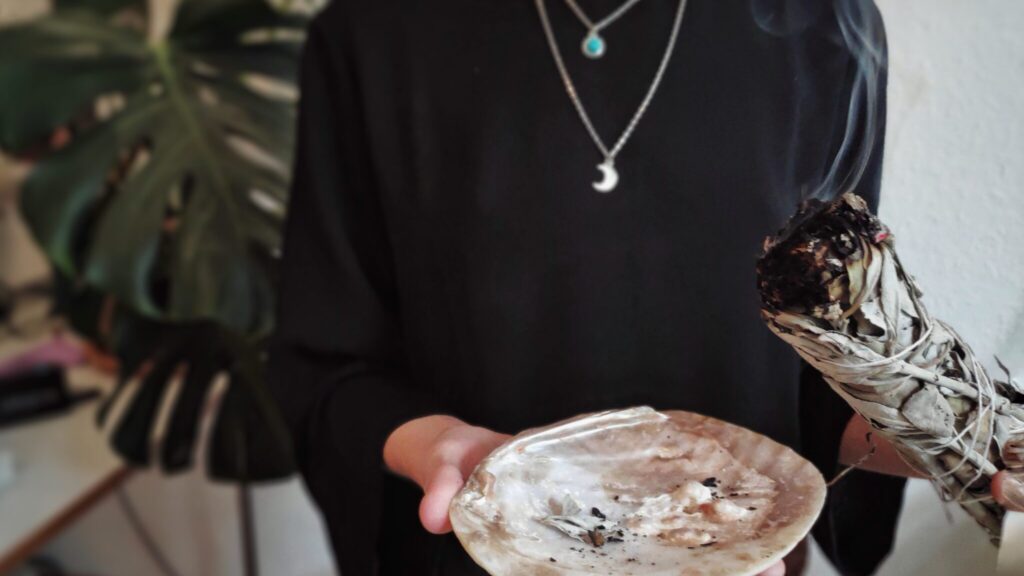 People claim it can help fight depression, purify the air, make you sleep like a baby, and clean your space of negative energy.

I tried to explore whether the practice of cleaning your space with smoke lives up to all the hype by smudging my home for 30 days.

Here's what I found out.

Not sure what smudging is? Here’s everything you need to know.

Why I Felt The Urge To Smudge

I'm not very spiritual, nor I'm superstitious. It's a pretty darn task to make me fall for the woo-woo, juju stuff that using a crystal will heal my broken heart or attract more money into my life.

I wear used clothes without a second thought that someone's energy can interfere with mine. Black cats crossing my road are just cute cats, not the omens of impending doom.

So it would be hard to persuade me that burning some herb can make me happier or boost my cognition. Unless there's substantial scientific evidence on the topic.

I think the crystals are beautiful, but not magical.

That said, I'm a regular yogi that embraces the practice with all the spiritual background.

And I'm a firm believer that the human experience is real.

I don't fall for the BS that eating tofu and cherries helps open the sacral chakra. But I believe that visualizing and focusing my attention on the chakra can help me solve some emotional problems I might be struggling with.

To cut a long story short, I've been feeling overwhelmed and emotionally down for the last couple of weeks. Drowned in work and household chores, I had zero time for myself. In addition to daily craziness, I was getting ready to move into a new apartment.

As eye-rolling as I found the whole experience of energetic smoke cleansing, I decided to go for it and smudge myself and my space for 30 days straight.

What Herbs I Used

I used white sage for all 30 days of smudging.

I know, I know. There are hundreds of herbs out there, and I picked the one that's overharvested and endangered. Not feeling proud about it, really.

But there was one big reason why I did that.

That is: pure human ignorance.

When gathering tools for smudging, I had pretty superficial knowledge about the ceremony. While I did some preliminary research about smoke cleansing, there was so much more to it. (The debate on cultural appropriation and commodifying Native spirituality, for example).

I did eventually discover that sage is not the only herb I could use for smoke cleansing. Plus I probably shouldn't have bought it in the first place.

Alas, the die was cast.

The Benefits Of Burning Sage (According To Sage Evangelists)

White sage is a small evergreen plant that is a part of Salvia L. genus of the mint family. From Latin, salvia translates as to be saved or to be healed.

In the Native American tradition, white sage is considered to be "grounding" medicine that brings wisdom and mental clarity. (Maybe that's why we're calling wise and judicious people sages.)

Alternative medicine has been using regular garden sage for centuries for:

(You can check more on the topic in the book 36 Healing Herbs by Rebecca L. Johnson and Steven Foster).

Many people have anecdotally reported other benefits after burning sage. For example, they:

Apparently, the process of burning sage releases negative ions into the air. It affects our serotonin levels, making us feel better. 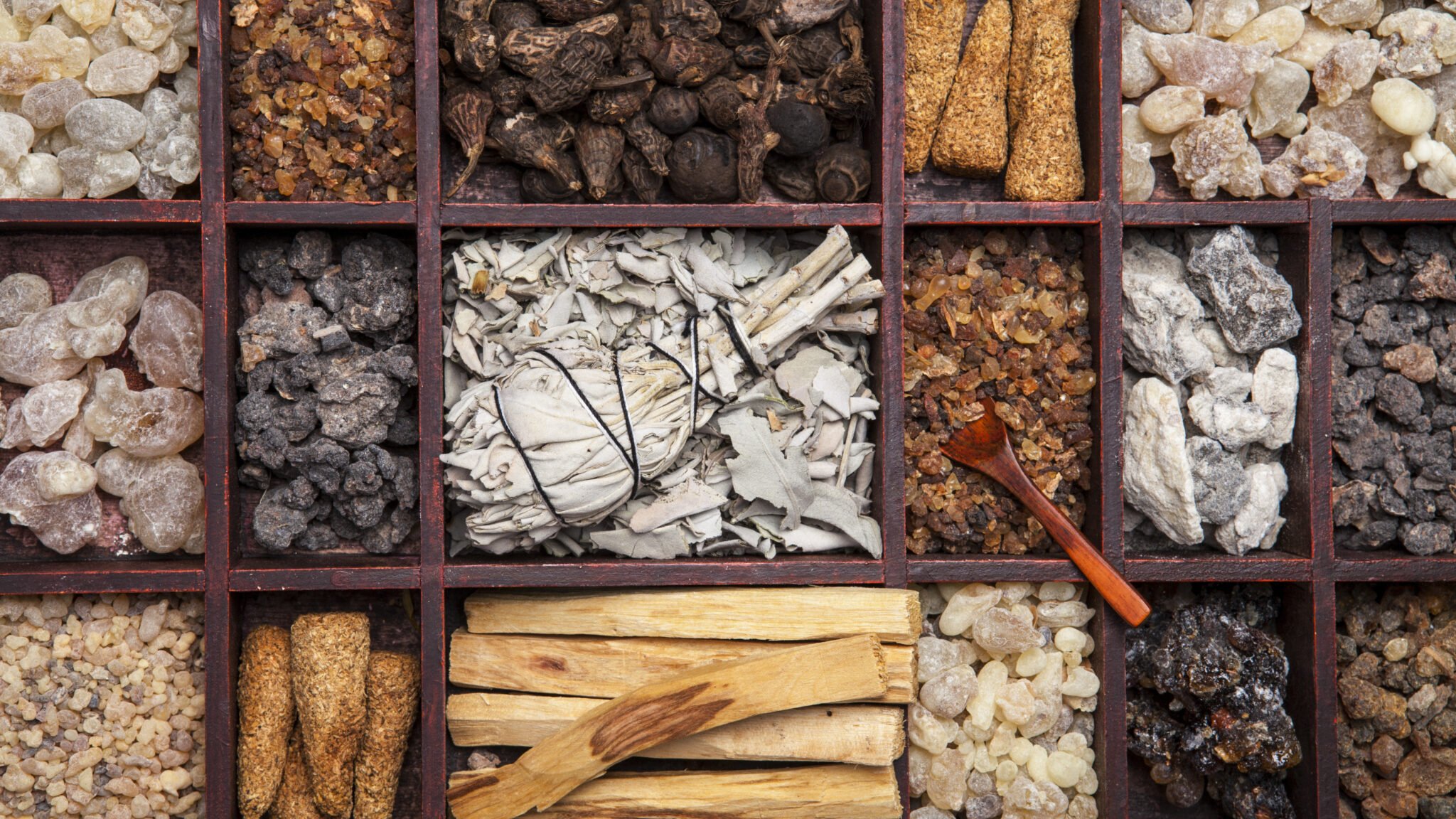 Sage is not the only herb you can use for smudging. Myrrh, frankincense, messer, copaiba, palo santo... The opportunities are endless!

For those not in the know, the theory of ions says that "there's something in the air." And it's not love.

We are surrounded by positive and negative ions.

Positive ions are harmful. They are the main culprits when we feel sluggish, tired, tense, and just bad. Almost everything in our modern setting gives off positive ions – from your beloved phone and computer screen to fluorescent lighting, and heating.

Negative ions, on the contrary, help us recharge, improve our well-being, and reduce stress. They can be found in a natural environment: mountains, parks, gardens.

Some believe that smudging helps turn positive ions into the negative ones, alleviating depression, and boosting our energy. By the way, that's also how Himalayan salt lamps supposedly work.

While the plant has a veneer of science to its healing properties, at the end of the day, there's not much conclusive evidence to back them up.

Though it's easy to see how incredibly appealing smudging sounds, especially to those who are seeking relief from everyday stress and exhaustion. 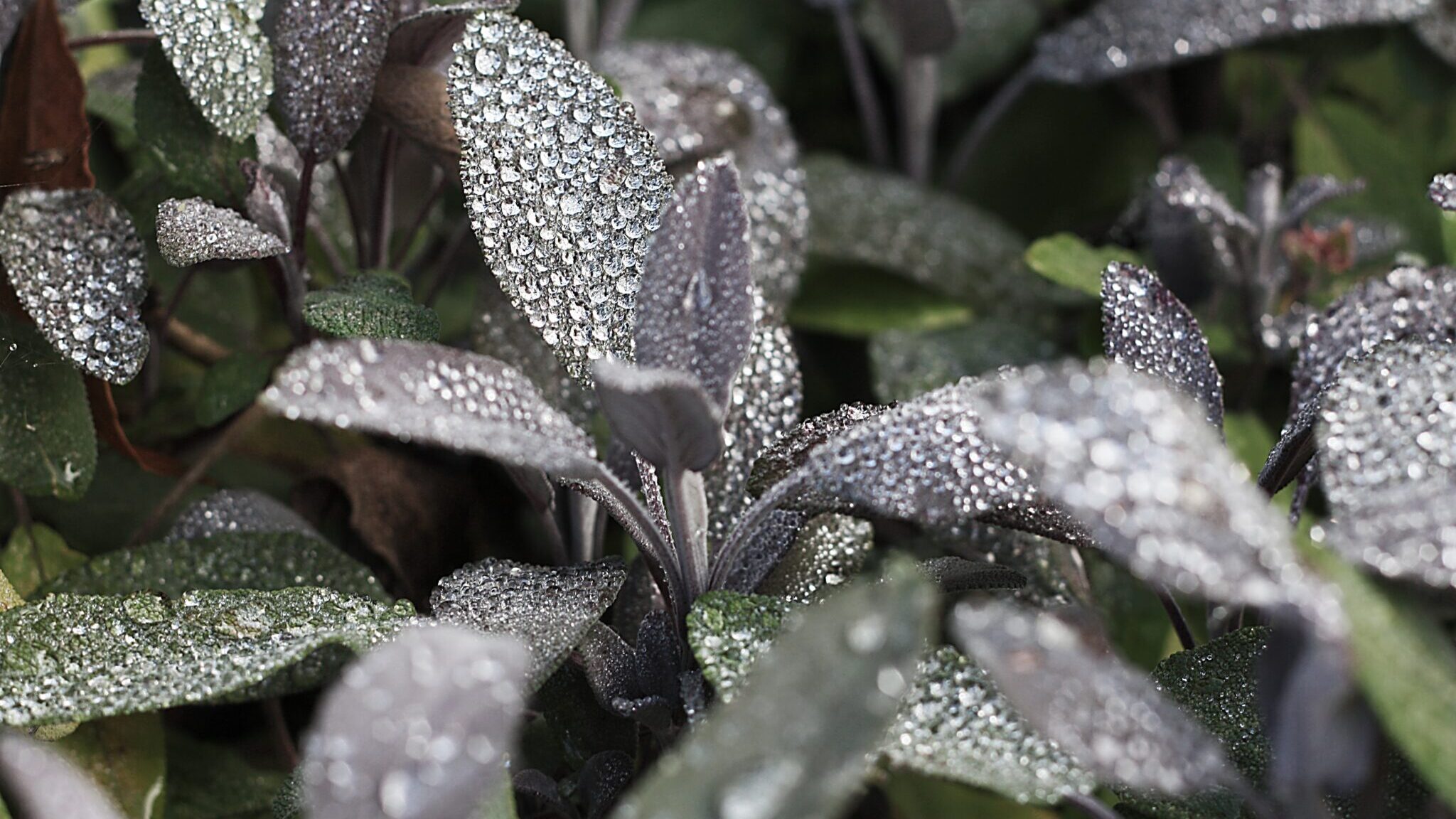 How much do we know about sage? Almost nothing. There are few studies on the benefits of sage and they are often low-quality and inconclusive.

My Experience Of Smudging

A strong smell hit my nostrils as I opened a package with dry sage.

There seem to be tons of fans of white sage incense out there. Apparently, I wasn't one of them.

In fact, the fragrance was so strong that when I left the smudge wand unpacked, it seems that the living room will never smell "normal" again.

The very first time I picked up a smudge stick and a shell to do a cleansing ceremony, I felt utterly lost.

"I'm too sane to do this," the thought crossed my mind. The fact that my husband was bantering with me about spirits taking revenge didn't really help.

I closed my eyes and set my intention. It was more like an affirmation, really.

"I'm doing my best," I kept repeating to myself. After all the weeks of hard work, I wanted to give myself some credit.

Having absolutely no idea how this will turn out, I lit up my white sage. I waited patiently until the smoldering smoke started to rise. Moving slowly from one room to another, I was wafting the smoke with my hands into every nook.

At some point, I realized I'd forgotten to cleanse myself first. It felt comic to bathe my body in smoke, but it also brought some kind of weird mental relief. Maybe because I finally found time for myself in the hustle-bustle of life, or perhaps it was just pure magic that I never believed in.

I rubbed out the stick and immediately got on my yoga mat. Not only because, according to people, this helps fill the place with positive energy but also because it felt like a natural thing to do.

I had a fantastic yoga practice that day.

You know these moments. When you're focused, grounded, careful in your movements throughout the entire session. I stayed in Savasana twice longer than usual, just because I felt I deserved it. 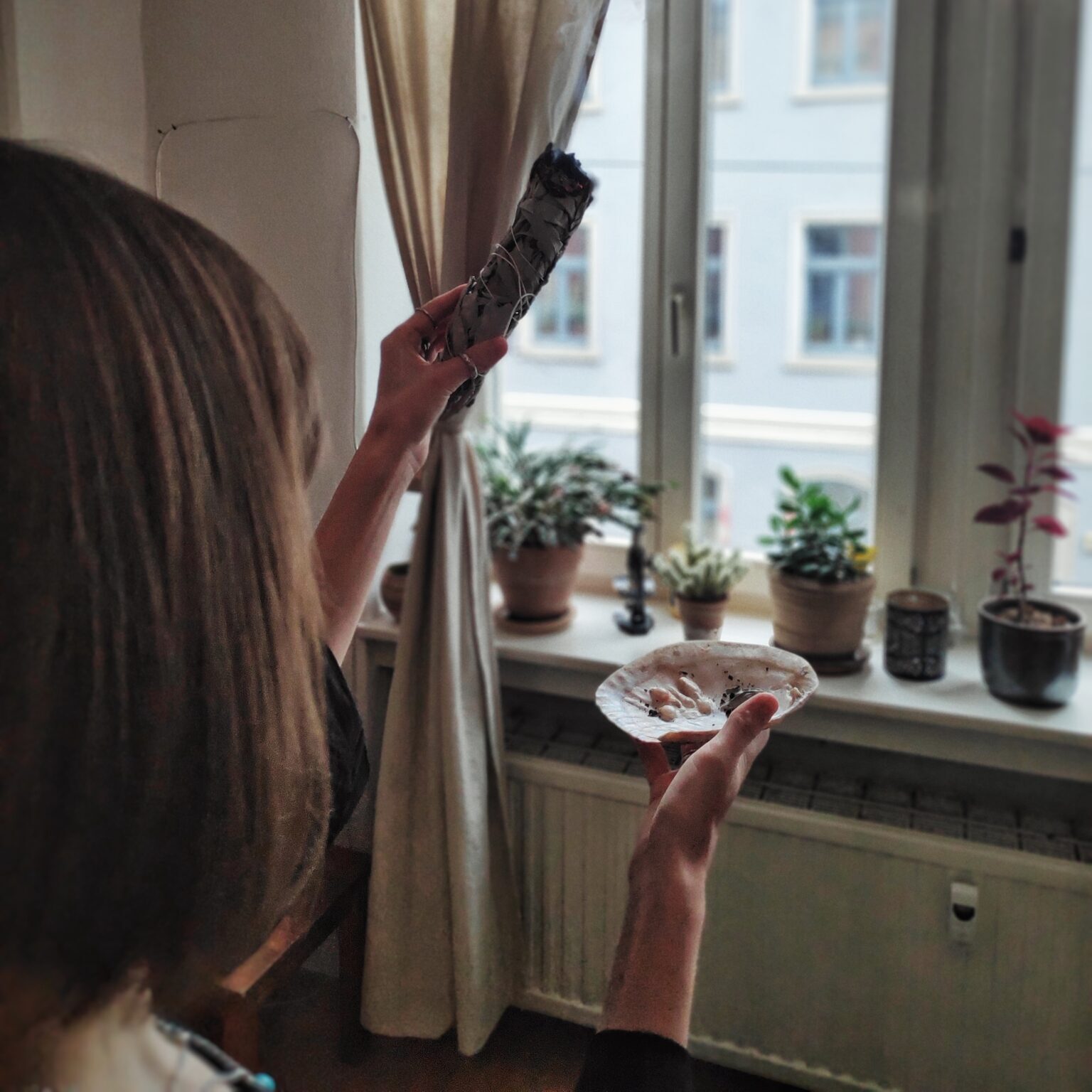 It didn't take long to learn the ABCs of smudging, and the whole process felt more relaxed and natural after I did it a few times.

While some people prefer to smudge first thing in the morning, I made smudging a small afternoon ritual before my yoga session. Even if my yoga practice was as short as ten minutes long.

After a week or so, all my clothes smelled like sage. Including the whole apartment.

The smoke from the sage, by the way, smells much more pleasant than the plant itself and leaves a delightful lingering fragrance. Which oddly resembles marijuana.

Before moving out of the apartment, I imagined how I had to convince the owners that I was actually cleansing it with sage and not smoking weed. True story 😀

Three Amazing Things I Gained Thanks To Smudging

I'd like to start by listing things that smudging didn't help me with:

Sleeping better. There was zero difference in how I slept before I began to smoke-cleanse daily and after. In fact, when we changed the apartment, my sleep was interruptive, which made me tired AF. Probably, because of the new place.

Getting rid of negative energy. Or bringing a positive one. I'm not a psychic or something, and I can't really feel any energies around me. Whether I got rid of all the negative energy in my house and invited good vibes remains a mystery.

Despite that, I find the process of smoke cleansing genuinely amazing! Here's why:

A Chance For Self-Reflection

I know we're supposed to set an intention in yoga.

But let's be real. It's not always happening.

We're either in a hurry, or the practice is very short, and we don't want to waste time. And because of the million other reasons.

I'm often guilty to practice yoga just physically - it makes me and my body feel amazing, I feel no shame in that.

Smudging, though, can't be merely physical. It's not like you light up incense and go do your chores. Mostly because if you leave the smudge stick smoldering in one place, you'll turn your home into a gas chamber.

Smudging every day forced me to take at least a minute and connect to myself. To think about how I feel, about what I want, and about what I need to let go of.

As simple as it sounds, this is what kept me from going crazy in the chaos of changing seasons, working late, moving apartments. 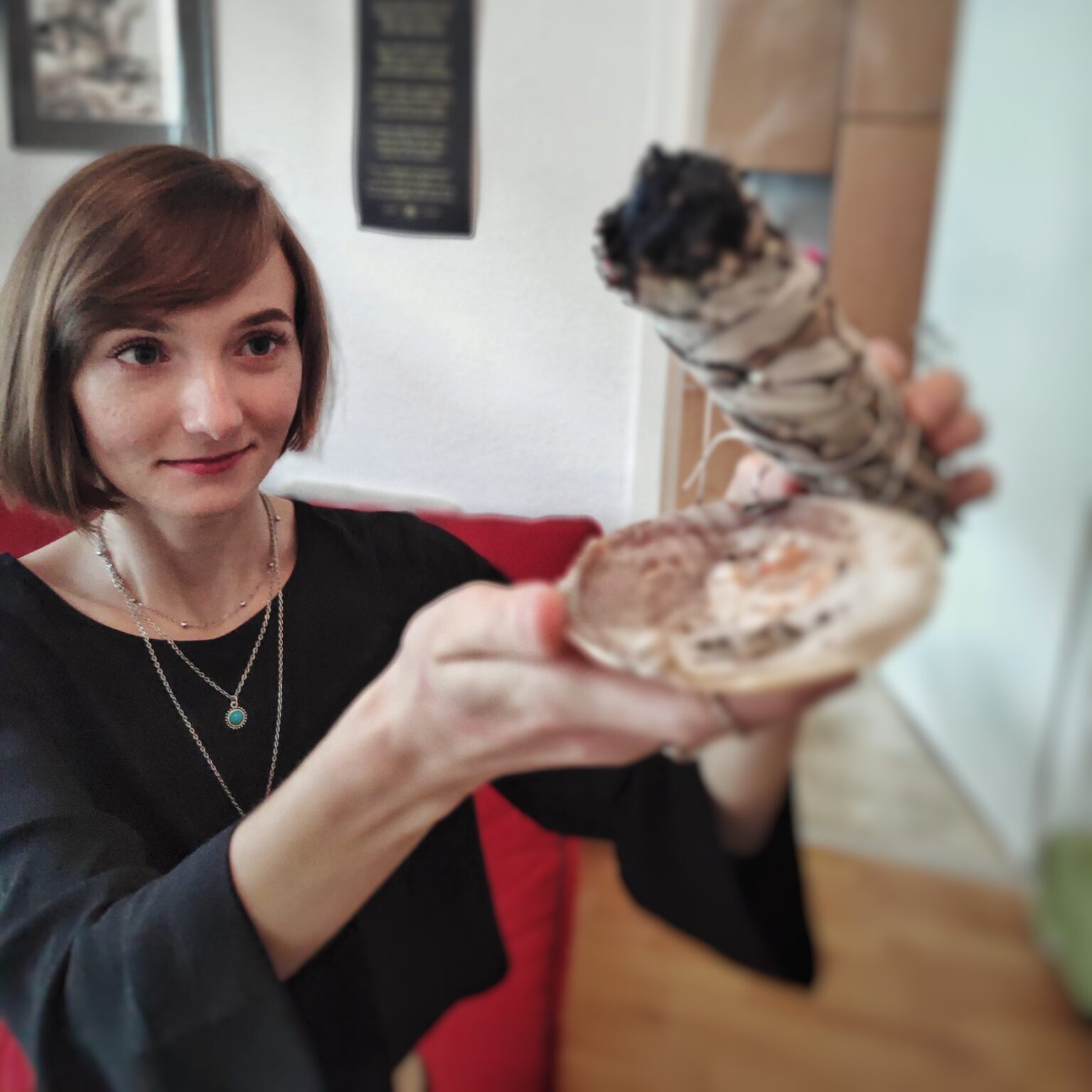 You have to be careful with your movements when you're smudging. For starters, you're holding a tool that can potentially burn your house.

This fact only willy-nilly made me much more focused on my personal mantra and the process itself.

Think of smudging as a moving meditation and all the benefits that come with it.

Smudging is a perfect trigger if you want to build a consistent yoga habit or enhance the quality (if I can use this expression in this case) of your spiritual practices.

How? By grounding your body and your mind.

I'm sure I'm not alone in this. Some days it's just impossible to switch off the monkey mind. Even deep breathing and chanting at the beginning of yoga practice don't help.

That's where smudging comes in.

The smell and careful movements act as positive triggers. They signal your body to just relax already and soothe your mind to slowly tune into a "chill mode."

Add your favorite yoga music into the mix, light some candles, and boom – you're on your mat, centered and ready for the best yoga practice ever. 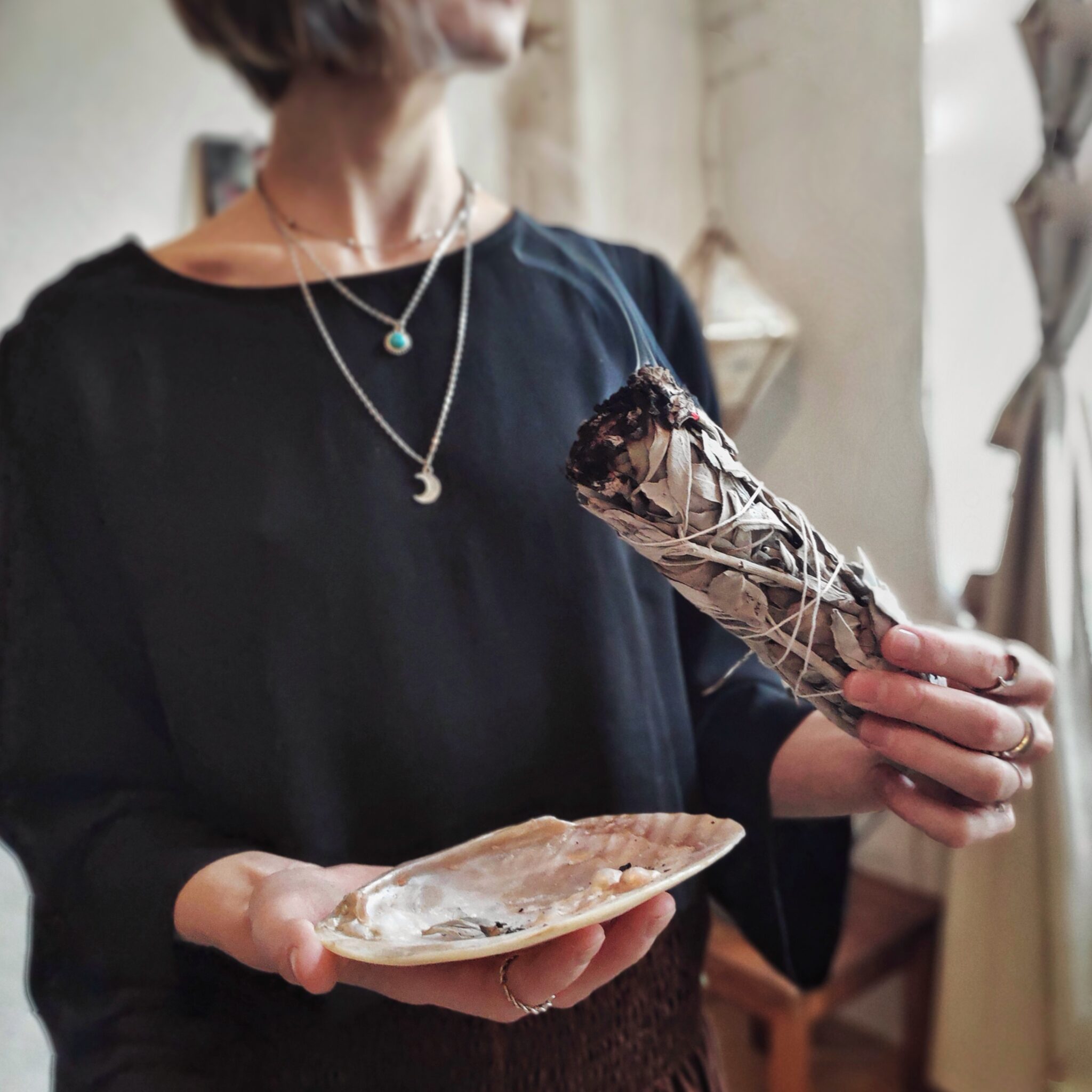 I'll dare to say that smudging changed my life. Don't take this phrase too literally, though. To be more clear, it helped me change the direction I took in my life.

When I was feeling burned out and overwhelmed, smudging helped me look back and remind myself that inner mental hygiene is as important as the physical one.

When I was moving through my space with good intention, it gave me the inner power over my environment, over my life, and my actions. Just like once yoga did and keeps doing every single day.

I'll definitely keep smudging before my yoga practice. Growing my own herbs for smoke cleansing is now first on my to-do list.

How does smoke cleansing affect your yoga practice and life? Share your experience in the comments below!

8 comments on “I Smudged My Home For 30 Days. Here’s What Happened”

Are you full and well-rested, but still feel like

My favorite yoga poses are the ones that look the